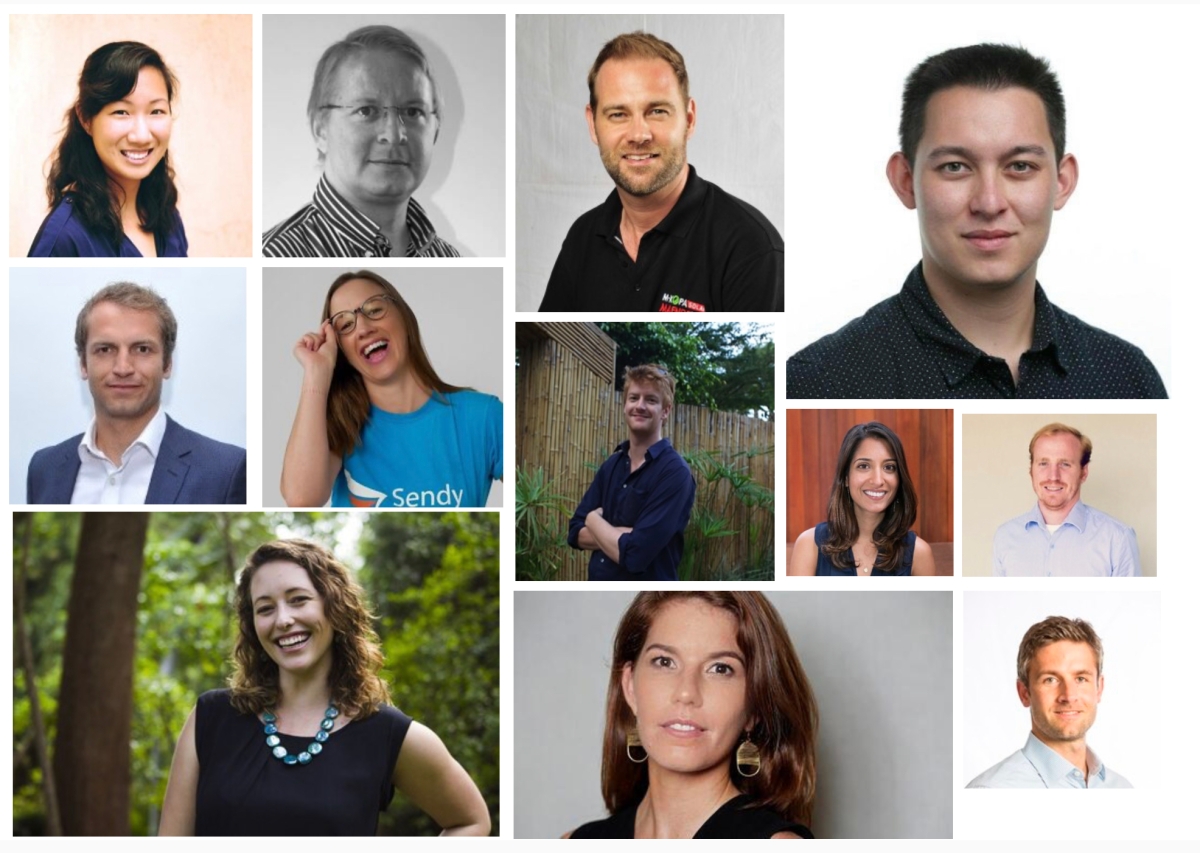 In Africa, there is a long-running feud between white expatriates and ex-Ivy League founders on the one hand, and grassroots-bred Black local founders on the other. At stake is who has bragging rights to Africa’s hot, rising startup narrative.

In Kenya, the divide involves local and white expatriates, while in Nigeria the tension is between local founders and Nigerians schooled abroad.

It’s time for a radical solution rooted in the technology we want to develop.

I propose tokenizing African startup debt and equity on a blockchain, under a clear consumer framework, as a way to break the white man’s curse.

The issue is structural

The question of whether or not to invest in Africa has always been one of risk. In an environment where property rights are questionable, foreign investors’ concerns boil down to “can I get my money in and out?”

Years of infringement of property rights, foreign currency controls and sudden shifts in governance have built a negative image among international firms.

To counter this, African startups have mastered the craft of incorporating in foreign jurisdictions better suited to the wishes of investors. Investors want somewhere that is safe and flexible, where there is legal precedent for protecting shareholder rights and clear processes for acquisitions and exits.

One such jurisdiction is the U.S. state of Delaware, home to 70% of thousands of African startups incorporated outside the continent. Setting up in the U.S. and similar jurisdictions, with years of goodwill, is a great exposure to funding from U.S. angel and institutional investors.

Five years ago, Nigeria’s Shola Akinlade and Ezra Olubi were enrolled at Y Combinator, one of the world’s most prestigious seed-stage accelerators. When they set out to build Paystack, a pan-African payments processor company, their dream was to build the Stripe of Africa. No Nigerian company had ever made the cut for the highly coveted cohort slots.

Y Combinator, based out of the U.S., had just begun to move into Africa as part of its strategy of unearthing ventures in emerging markets including India. For every startup that comes up through its ranks, Y combinator dolls out $125,000 in return for 7% of the startups using a “post-money” Simple Agreement for Future Equity (the “YC Safe”).

But there was a catch. To secure $120,000 in seed, Paystack had to be registered as a U.S. corporation in Delaware. Y Combinator’s mandate at the time expressly stated it could only invest in American companies. (It now accepts startups from the Cayman Islands, Singapore and Canada as well.)

Considering the ease of setting up a startup in Delaware ($500 down and a 24-hour wait), it was a no-brainer to register a business with adequate protection to appease investors.

Paystack subsequently raised $1.3 million in 2018, then $8 million from Stripe, Visa, Tencent and Y Combinator. In mid-October, it was acquired by Stripe for $200 million.

Paystack’s $200 million was a monster validation for Africa’s tech ecosystems, proof that the continent’s ventures could pay off.

So, too, was Jumia, a highly acclaimed pan-African e-commerce company listing on the New York Stock Exchange. Jumia grew from pennies in 2012 to listing 17.6% of its shares for $1.1 billion in 2019.

But while Stripe’s acquisition sparked parades of excitement across Africa’s tech ecosystems, Jumia’s listing came under fire for not being African enough.

Jumia’s Sacha Poignonnec and Jeremy Hodara, two ex-McKinsey consultants specializing in retail, packaging and ecommerce, had spotted an opportunity in Africa. They registered a company in Berlin, Germany, in 2012 and then, with the help of locals in Nigeria, grew e-commerce operations to 6.8 million active customers across 14 African markets in under seven years.

The difference was, unlike Paystack’s two Nigerian founders, Jumia’s founders are both French.

The backlash that followed Jumia’s public listing resurfaced old wounds and pent-up feelings. Local founders felt discriminated against and this time they were backed by the numbers.

An analysis by The Guardian found that of the top-ten African-based startups that scored the highest amount of venture capital in Africa in 2019, eight were led by foreigners.

A report in 2019 by U.S.-based Village Capital showed 90% of funding for East African startups went to expat founders.

Viktoria Ventures, based out of Nairobi, East Africa, found that only 6% of startups that received more than $1 million in 2019 in Kenya and East Africa were led by locals. Expat founders continued to receive most of the funding in Ghana and Uganda as well. Nigeria and South Africa fared a little better, with 55% and 56% raised by local founders respectively.

Despite a lack of clear evidence that white founders are better at founding and growing startups than local black founders, or founders schooled locally versus abroad, statistics point to a bias in fund allocation. The ecosystem seems not to have figured out what a successful company looks like.

Jumia’s Frenchmen had played the best of both worlds, hiring locals to grease operations on the ground and a cadre of white executives for the fine-dining investor occasions.

But who is to blame?

Local investors do not have the expertise or risk appetite of high-flying Silicon Valley VCs. Local capital markets do not have the capacity to support the risk profile of early-stage ventures. Only 20% of venture cash into startups came from Africa-based investors. The stark difference in cost of capital between African credit markets and the global north tilts the scale in favor of transatlantic investors. It is only now that a cream of local founders are beginning to show exits and could potentially become investors themselves.

I propose we wrest power from exclusive VC networks and give it back to the market. Unless we find a new source of capital, VCs will keep calling the shots that determine the winners and losers.

Let us turn every stake in a startup, be it equity or debt into representative digital tokens on a blockchain, backed by enforceable rights and obligations at an economic freezone or jurisdiction of choice. In other words, any digital stock or share would be legally admissible in a court of jurisdiction of choice as evidence of ownership.

Startups that wish to comply with the law, but still take advantage of this market, could issue shares using a token standard designed to mimic a paper share, while getting rid of the paper.

Once startups can be traded as digital tokens, we can use crypto asset exchange infrastructure to create exit opportunities for early stage investors, or distribute opportunities to investors from around the world to try their luck at funding African startups.

SureRemit, a Nigerian remittance startup proved it was possible to tokenize access to capital, during the famed initial coin offering (ICO) boom, an epoch in which more than 1,000 projects raised over $20 billion through tokenized funding.

SureRemit secured $10 million over a 30-day public crowdsale, by issuing half of a total 1 billion RMT tokens in exchange for bitcoin, litecoin, ether and stellar at the price of $0.02 per token.

The trouble was, RMT tokens are not pegged to equity or debt or stake in the company. RMT was merely intended as a utility token, not an instrument of equity or debt.

The founders have since come under criticism from some disgruntled Nigerian investors over the CEO taking a break from running the company to further his studies, a declining token price struggling for liquidity and a utility token model that is yet to materialize.

In hindsight, ICOs was a peek into the potential of tokenization to unlock capital for young projects, but also showed the risk of funding amorphous projects with no consumer protection frameworks.

In Delaware, an amendment to Title 8 of the Delaware code relating to the General Corporationallows Delaware corporations to use networks of electronic databases (examples of which are described currently as distributed ledgers or a blockchain) for the creation and maintenance of corporate records, including the corporation’s stock ledger.

It appears we Africans have all the pieces and a playbook. If the world is awash with capital, it’s time to tokenize African ventures and break the white man’s curse.

The author wishes to thank Osarumen Osamuyi, Stone Atwine and Duncan Muchangi for their input.