Should technology solutions aimed at the developing world, seek to build on and enhance indigenous, activities — economic or otherwise — or, where necessary, is it okay just to replace and lose them? 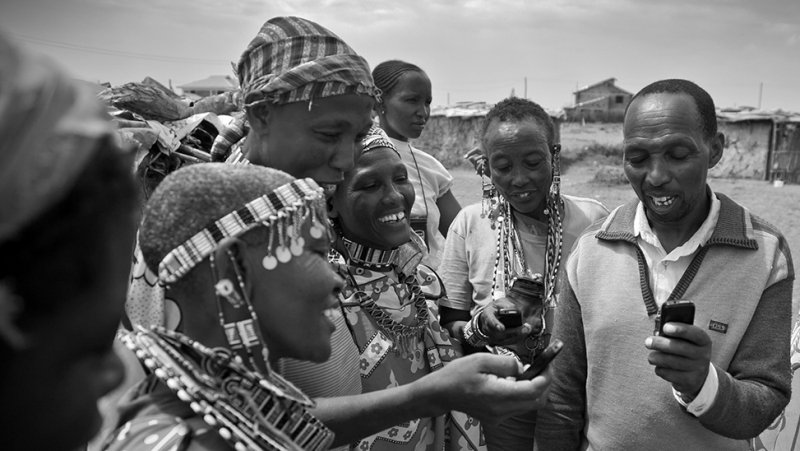 In Ghana, it’s popularly known as Susu. In Cameroon, Tontines or Chilembe. And in South Africa, stokfel. Today, you’d most likely call it plain-old microfinance, the nearest term we have for it.

Age-old indigenous credit schemes have run perfectly well without much outside intervention for generations. Although, in our excitement to implement new technologies and solutions, we sometimes fail to recognize them.

Innovations such as mobile banking – great as they may be – are hailed as revolutionary without much consideration for what may have come before, or who the original innovators may have been.

The image of traditional African societies as predominantly “simple hunter-gatherer” is more myth than truth. The belief that Africa had little by way of economic institutions and processes before the arrival of the Europeans is another. As Niti Bhan pointed out during her fascinating “Life is Hard” presentation at the Better World By Design Conference in 2008, many rural communities today are familiar with concepts such as loans, barter, swap, trade, credit and interest rates, yet the majority remain excluded from the mainstream modern banking system and have never heard of things like ATMs, banks, mortgages or credit cards. It’s not that people don’t understand banking concepts; it’s just that, for them, things go by a different name.

In Kenya, up until recently, as few as one in 10 people may have a bank account, but that didn’t stop many of them from using a number of trading instruments such as chamas or running successful businesses.

Technology can certainly help strengthen traditional trading practices, and we know this because when technology is made available, the users are often the first to figure out how to best make it work for them. Mobile technology is today showcasing African grassroots innovation at its finest.

Africans are no longer the passive recipients of technology many people seem to think they are. Indeed, some of the more exciting and innovative mobile services around today have emerged as a result of ingenious indigenous use of the technology.

Services such as “Call Me” — where customers on many African mobile networks can send a fixed number of free messages per day requesting someone to call them when they run out of prepaid airtime currency  — came about as a result of people “flashing” or “beeping” their friends (in other words, calling their phones and hanging up to indicate that they wanted to talk).  Today’s more formal and official “Call Me”- style services have come about as a direct result of this entrepreneurial behavior.

The concept of mobile payments did, too.

Researchers have for some time been observing the behavior of users in developing countries, seeking to identify the next big thing. As Jo Best puts it in her “Mobile & Wireless” column, many of these ideas spring from “the fertile mind of some user who wanted to do something with a mobile that their operator hadn’t provided yet.”

Whilst many traditional development approaches generally introduce alien ideologies and concepts into developing countries — sometimes for the better, often for the worst — today’s emerging mobile services are very much based on a model of indigenous innovation.

Take M-PESA, the much-touted Kenyan mobile money transfer service developed by Vodafone and the U.K. Department for International Development, as an example. Increasing numbers of African users were already carrying out their own form of money transfers through their mobile phones with prepaid airtime long before any official service came into being.

What M-PESA did, is formalize and scale this kind of activity and bring it fully to market. Its impact has been spectacular, with over 20 million registered users since launch in March 2007 and 2.7 trillion Kenyan shillings ($27 billion) changing hands every year.

“Women traders can still be found at most markets in Africa. They still trade their wares for profit. And in virtually all traditional markets today, bargaining over prices is still the norm — an ancient tradition. Traditional African chiefs do not fix prices. And it is this indigenous economic system, characterized by free village markets, free trade and free enterprise that Africa must turn to for its economic rejuvenation.”

It’s likely that many people would argue strongly against Ayittey on this, believing that progress across the African continent is based on embracing change and the new world economic and technological order. It’s an active and fascinating debate. Whichever side of the fence you’re on, all of this does raise one important question:

Should technology solutions aimed at the developing world, and mobile solutions in particular, seek to build on and enhance indigenous, traditional activities — economic or otherwise — or, where necessary, is it okay just to replace and lose them?

That isn’t the only question, either. How does the introduction of emerging mobile services shift the balance of power in traditional African societies? Will women, for example, remain as economically active participants in the new mobile-powered world, or will men take more control? Do mobiles narrow or widen gender inequalities? Is technology exacerbating the gap between the haves and have-nots, or is it truly proving as transformational as we all believe or hope?

Very few businesses would willingly throw out all of their processes and procedures in order to implement a new IT system, however good it may be. The more astute ICT solutions providers know this and, wherever possible, aim to allow seamless integration of any new technology into their clients’ workplaces and working practices. Doesn’t it make sense that we should take the same approach with indigenous societies and seek to build on existing procedures and traditions, and not just assume that a new, modern solution is better and replace everything that went before?

It’s a fine balancing act and one people are still trying to figure out.

Why African Fintech Wants To Digitize Chamas, But Can’t Seem To Get It Right – Kioneki