Pesa is dynamic. We need look no further than Nairobi for 5 types of pesa in Kenya you’re likely to have come across. 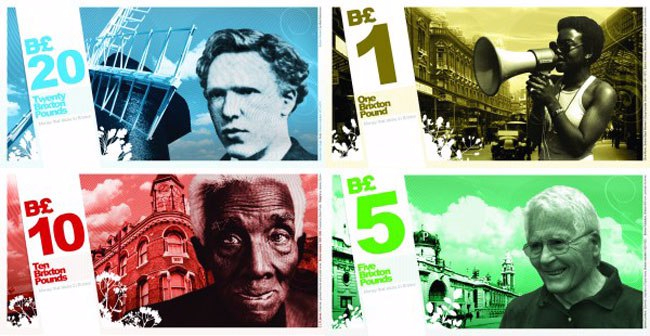 One of my favorite projects in Kenya is Bangla Pesa. Besides being greatly underappreciated as an example of how to empower rural and informal communities, its perception is a great example of the miseducation of pesa. Back in 2013 the members of this community currency project were arrested and paraded in the media as secessionists out to overthrow the national government.

Of course it was but a clear case of misunderstanding, like so many out-of-the-box ideas in Kenya.

When thinking about pesa, you gotta loosen up. We need look no further than Nairobi for 5 types of pesa in Kenya you’re likely to have come across.

5. Currency of Kenya and Foreign currency

There is not much wiggle room for defining currency of Kenya and foreign currency. Both are strictly defined by the Central Bank of Kenya Act Cap 491:

So all deposits held in bank accounts, or promises to pay like cheques or cards issued by banks or deposits held at micro-finance institutions and SACCOs, paper notes, cash and coins are currency of Kenya or foreign currency.

But the limits of these currency forms, necessitate other forms of pesa that more readily suit our environments. So Central Banks typically leave this gap for the market to fill.

Electronic money in Kenya is privately issued money. Private because it is issued not by the state but by a corporation; electronic because it exists only in digital form. The best known example of is mobile money in Nairobi.

If you are keen, you will have noticed how we acquire mobile money: we trade in our cash (currency of Kenya)  for a positive mobile money balance. The balance goes down to reflect when we make a part withdrawal into cash. It also not a coincidence that you get 1 Kes of Mpesa for 1 Kes of cash.

Part of how it works is because Mpesa, Airtel money, Orange money, Tangaza and Equitel are outlined in the Central Bank’s E-money regulations (pdf)

First, the scope is defined

This Regulation applies to: (a) all issuers of e-money who are not licensed as banks or financial institutions under the Banking Act;

Then electronic money is defined as

“E- money” means monetary value as represented by a claim on its issuer, which is –

a) electronically or magnetically stored

b) issued against receipt of currency of Kenya or any other currency authorised by the Central Bank; and

Safaricom, Airtel, Tangaza or Telkom Kenya are a private issuers of pesa.

Private companies have also been smart about pushing the limits of private issuance to virtual pesa that skirts all existing pesa regulation. Smart because it allows them introduce new business models without the pain of pesa regulation.

Virtual pesa is digital currency issued by private companies in Kenya that is strictly redeemable for goods and services on a company’s virtual platforms.

You can earn it as a reward or exchange your currency of Kenya for virtual pesa. The catch is, when you hand in your cash for virtual pesa, you can’t have your cash back like electronic money. You have to spend it on the virtual platform.

Virtual currency acts like a pesa for a virtual territory. Additionally, the amount of virtual pesa you get is at the discretion of the issuer, it is not a guaranteed 1:1 ratio with the currency of Kenya you put in.

Because they are not regulated as pesa, the issuers are at liberty to explore models such as lending while skirting the scope of banking regulations.

For example, the issuers of prepaid tokens and airtime lending products in Kenya charge a 10% interest per 7 days, yet they are not subject to the 14% per annum interest rate caps  that apply to bank loans in Kenya.

If private companies can issue a type of money, then so can communities.

Community pesa is issued by a group of people who share a common vision – a community. Because it is their pesa, they have every right to design it as they please as long as it doesn’t infringe on the laws of Kenya.

Bangla pesa works like the promise you make to your local kiosk when you take goods on credit and promise to pay later. The kiosk owner only has your word, but he trusts you enough to expect you to pay him back. Let’s call it trust pesa.

Say between the time you take the goods and when you pay him back, he wanted to use your ‘promise to pay’ trust pesa to buy more inventory from a supplier? He can’t exactly do this because all he has is your intangible trust pesa. How does he pass it on? It is not transferrable because only the two of you have a record it exists, so other people cannot recognize it.

Bangla pesa takes this intangible word and puts it in voucher form so that it can circulate within a community of business owners who know and trust each other. Your kiosk owner no longer has to wait for you to pay him back. He can simply take a voucher that represents your promise to pay and pay for goods or services from another biashara within the community. The catch is, everyone who accepts and gives this type of trust pesa has to be in the same community. This way, everyone can agree on the rules governing the pesa.

Recently, a more radical form of pesa has emerged, one that is not issued by a private company or a community.

Cryptocurrency is a more sophisticated form of virtual pesa that is not issued by a central authority or private company or community of people. Instead, it is issued on a shared record distributed on a network of computers spread out across the world.

What matters is that they all have the same record and agree on how many units of pesa exist, who owns them at any given time and transfer of ownership from one person to another can be tracked on the publicly accessible record.

Bitcoin is the best of example of a cryptocurrency in use in Kenya.

But the definition of a currency doesn’t wholly describe what it is. Another way to think of it is as a digital commodity or asset that only exists online that is:

Cryptocurrencies are not different from real world commodities. We now live in a world where close to half of our time is spent online – virtual digital space. Is it so hard to imagine that we can have digital commodities?

I have found this to be a useful framework in thinking about pesa in Kenya and the rest of the world. I will be referring to it more often on this blog, along with How to think about Pesa in Kenya and other frameworks in due time.

This framework is useful for thinking about how our present digital financial services sector in Kenya came to be, how it evolved and what is possible in future.